Talbiya in Jerusalem – The Neighborhood

Talbiya Jerusalem real estate comprises some of Jerusalem’s most upscale properties. The Talbieh neighborhood (also spelled Talbiya and Talbiyeh) contains a number of important structures and a beautiful mixture of architecture. Talbieh has one of the best locations in central Jerusalem, as it sits between Rehavia and Old Katamon.

Constantine Salame, a Christian-Arab contractor purchased the land that is now Talbieh in the1920s. He bought the land from the Greek-Orthodox Church. Salame then built a villa for himself in addition to two apartment buildings on the central square of Talbieh. Affluent Christian-Arabs and British officials lived in the area until the 1948 Independence War of Israel.  Following the war, Jewish immigrants and residents moved into the area and have lived there since. 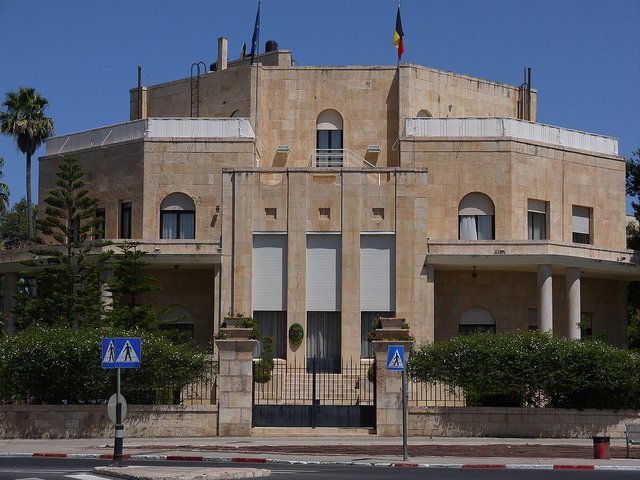 Talbiya Jerusalem real estate features many homes that have been declared historical monuments and are therefore protected from being moved, altered or demolished. The historical buildings are a combination of large mansions from the Mandate period and Arab-style homes.  These homes (pictured below) often include arched windows and high ceilings.  The unique architecture combined with many trees and gardens have made Talbieh one of the most in-demand locations in Jerusalem. This high demand has made Talbieh one of the most expensive neighborhoods in Jerusalem. Talbieh contains the three wealthiest streets in all of Jerusalem (Hovevei Tzion, Disraeli, and Dubnov).

In addition to its reputation for luxurious living Talbieh also includes a number of important buildings. The Israeli President’s home sits in Talbieh across the square from Salame’s Villa.  The Villa now serves as the Belgian Embassy. The President’s home was completed in 1971 at the request of Israel’s third President, Zalman Shazar. The President wanted to live in a home within a residential area, so he could be closer to the people.

The Talbieh neighborhood also houses two very well-known educational institutions. The Israeli Academy of Sciences and Humanities, established in 1961, aims to create a bridge between scholars from the humanities and scientists.  This combination aims to provide a multidisciplinary think tank of government advisers. The Van Leer Institute can also be found in Talbieh, and attracts many people who wish to discuss the topics of philosophy, society, culture, and education. Many individuals who visit the Van Leer Institute hope to strengthen the Israeli democracy by debating policies and procedures.

The Jerusalem Theatre (or the Jerusalem Center for the Performing Arts) is also located in the Talbieh neighborhood. The theatre opened in 1971 and houses four separate halls. The Theatre presents a wide range of cultural, musical and theatrical performances. The versatility of the Theater has turned it into one of the cultural centers of Jerusalem. 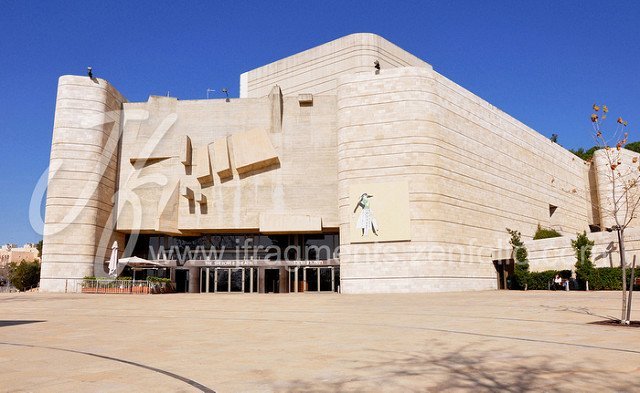 The Jerusalem Theatre has provided a cultural center for city residents for nearly 50 years. Photo courtesy of Jfragments on Flickr.