Rehavia Jerusalem real estate is in a neighborhood considered by many to be the nicest in central Jerusalem. The combination of quiet streets, a rich history and a central location keep this neighborhood in high demand. Even the private residence of the prime minister sits in Rehavia on the corner Balfour and Smolenskin Street. Rehavia Jerusalem real estate also features its fair share of Bauhaus buildings.

One of Rehavia’s most distinguishing landmarks is its windmill. Originally built in the 19th century, the Windmill serves as a reminder of the agricultural history of the area. The mill once sat further outside of the city. It provided flour for Christian pilgrims who came to visit Jerusalem. In the 1970s the government attempted to demolish the windmill.  Protests erupted and the government instead elected to dismantle and rebuild the windmill in Rehavia. 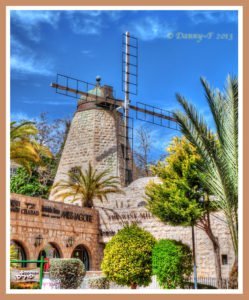 The Rehavia windmill sits adjacent to a shopping center in Rehavia. Photo courtesy of Daniel Fassler on Flickr.

Rehavia’s close proximity to both the Knesset and the city center make it a preferred neighborhood for politicians and foreign diplomats. This mixture of internationals creates a unique atmosphere as one can often hear many foreign languages when exploring Rehavia.

Politicians and foreign dignitaries alike can often be found in one of the many cafes on the famous Azza Street. 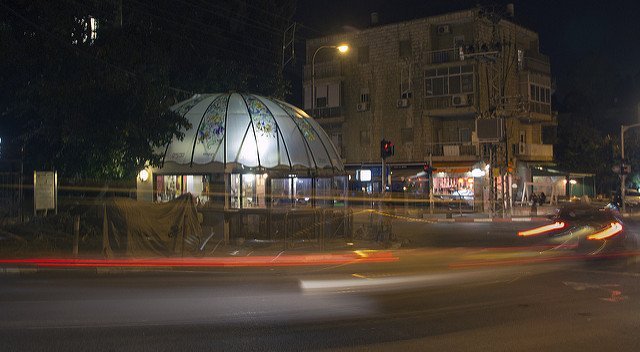 Due to its prime location and international population Rehavia Jerusalem real estate remains among the most desirable in Jerusalem.  This demand continues to drive up the cost of real estate in Rehavia. A 3 bedroom apartment typically costs between 2.5-3 million New Israeli Shekels (NIS). Compare these prices to similar apartments in other neighborhoods and Rehavia can be up to 25% more expensive than other nearby neighborhoods. Despite the high prices investors still come in droves due to the central location and unique atmosphere of Rehavia.