Old Katamon in Jerusalem – The Neighborhood

Old Katamon Jerusalem real estate is unique and pleasant. Located between Talbieh, Kiryat Shmuel, and the Greek and German Colonies, this historic neighborhood is home to both religious and secular Jews and has become a favorite for many young families in Jerusalem.

The name Katamon has Greek origins and means by the monastery. The Hebrew name for the area is Gonen, but it didn’t catch on for most residents. The San Simon Monastery that’s connected to the name Katamon is a Greek Orthodox monastery. Built on the tomb of Simeon from the Gospel of Luke, the monastery presents on of Katamon’s top tourist attractions. 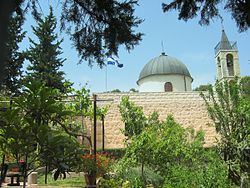 The San Simon Monastery gave Katamon its name, as Katamon means “by the monastery” in Greek. Photo courtesy of wikipedia.com.

The Greek Orthodox Church owned the area where Katamon currently sits (similar to Talbieh), yet due to a financial crisis in the late 19th century the Church sold some of their land. Shortly after World War I, construction began in Katamon, which featured both private homes and apartment buildings.  Arab-Christians spearheaded the construction efforts of the area that contained an eclectic mix of Christian citizens. The mostly Christian population remained in Katamon until the Independence war of 1948, when the area became subject to intense fighting.  The war drove many of the original residents from their homes, and Jewish immigrants moved into the abandoned homes.

Old Katamon Jerusalem real estate then underwent a period of gentrification in the 1970s and 1980s when more Jewish immigrants began moving in and renovating their homes. Many of these immigrants came from upper-middle-class families from western countries, bringing an influx of English speakers to the area.  This gentrification also brought more religious Jews to the area, and today Katamon houses a significant Haredi (Hassidic) population.

Locals referred to Katamon as “The Flower Garden of Jerusalem.” Today the neighborhood features a combination of apartment buildings and small private homes.  Many of the artistic homes of Katamon include yards and are smaller than the mansions and villas found in Talbieh.  The area also contains a number of schools and synagogues, causing many young families to populate the area. 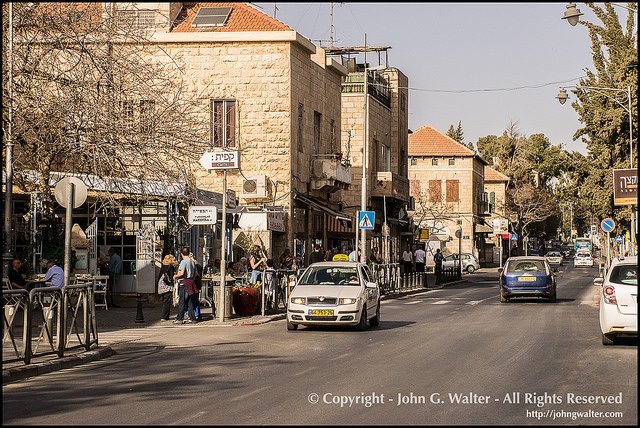 The famous Emek Refaim street sits on the outskirts of Old Katamon. Residents can enjoy the many shops and cafes that line Emek Refaim. Photo courtesy of John G. Walter on Flickr.

The San Simon Monastery (also called the Saint Simeon Monastery) is the most famous landmark of Katamon. Today the monastery is surrounded by a large park that attracts many city residents on sunny days and on the Sabbath.

Katamon is also home to the L.A Museum for Islamic Art, one of the world’s most significant collections of Islamic art and antiques. Founded in 1974, the museum aims to highlight the history and artistic achievements of Israel’s Muslim neighbors. The unique research activities coupled with the museum’s attempt to bridge the gap between two conflicting cultures makes it a special site in Jerusalem. 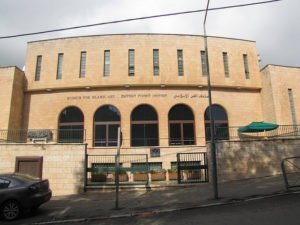