Mamilla in Jerusalem – The Neighborhood

Most people familiar with Mamilla Jerusalem real estate think first of the luxurious mall. Mamilla is also the name of the neighborhood that sits directly west of the Jaffa Gate of the Old City. Mamilla’s close proximity to the Old City has given it a rich history and more recently has made Mamilla one of the more sought-after neighborhoods in Jerusalem.

Mamilla was established in the late 19th century by the Ottoman Turks who at that time ruled Israel. The Turks recognized Mamilla’s significance as it sits at the entrance of the Jaffa gate of the Old City.  Its location turned Mamilla into a prime spot for commerce, as many merchants and traders would gather directly outside of the Old City. Mamilla remained a bustling economic hub until the 1948 War of Independence.

Following the war, Mamilla sat on the border of Israel and Jordan, as the Old City remained under Jordanian rule. Even though the war ended, the fighting continued, and residents of Mamilla often dealt with sniper fire and assaults from Jordanian soldiers. The violence drove many residents out of the area, leaving it sparsely populated with poor immigrant families. This all changed; however, following the Six Day War in 1967 when Israel took back the Old City of Jerusalem. 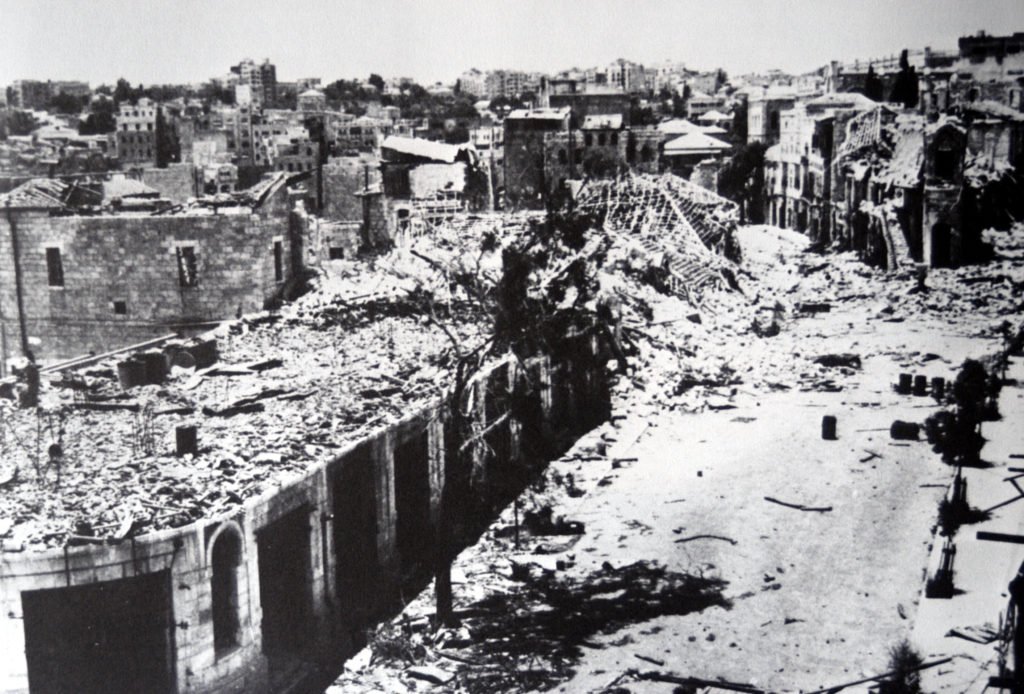 An image of Mamilla following the Independence war in 1948. Photo courtesy of Wikipedia.org.

The victory marked a new era for Israel, and government officials soon began to plan a revitalization project for Mamilla. Although plans began in the early 1970s construction did not begin until the mid-1980s. Most construction projects ended in the 1990s, turning Mamilla into one of the most desirable areas in Jerusalem.

One of the historic attractions that visitors can find in Mamilla is the Stern House and Museum. The Stern House was owned by the Stern family, German-Jewish immigrants, and is the house where Theodore Herzl stayed on his 1898 visit to Jerusalem. Herzl came to Israel on this visit to meet with the German Emperor Wilhelm II to discuss the creation of a Jewish State in Israel.  After his four-day stay, the Sterns turned Herzl’s room into a Museum, which still attracts many tourists. 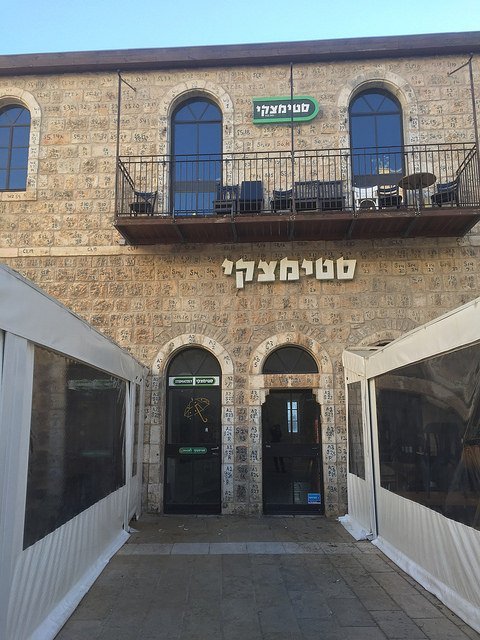 The Stern House sits between the Cafe Cafe and the Steimatsky Bookstore in the Mamilla mall. Photo courtesy of JoAnn loves Israel.

The Mamilla Mall, also known as Arlov Mamilla Avenue, is a 600 meter long, open-air mall that features 140 stores, restaurants and galleries. The mall attracts both tourists and city residents as it provides a pleasant and upscale atmosphere. City officials wanted to preserve the rich history of Mamilla by maintaining as many of the original buildings as possible, so they incorporated an interesting procedure for walls that needed to be restructured.  Original stones were numbered before taken down and then reassembled in order, to preserve the original walls.  If you walk through the mall today you will see a number of stones with numbers. 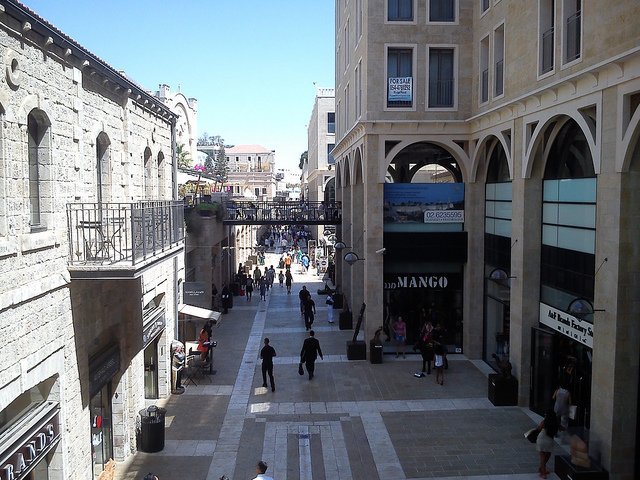 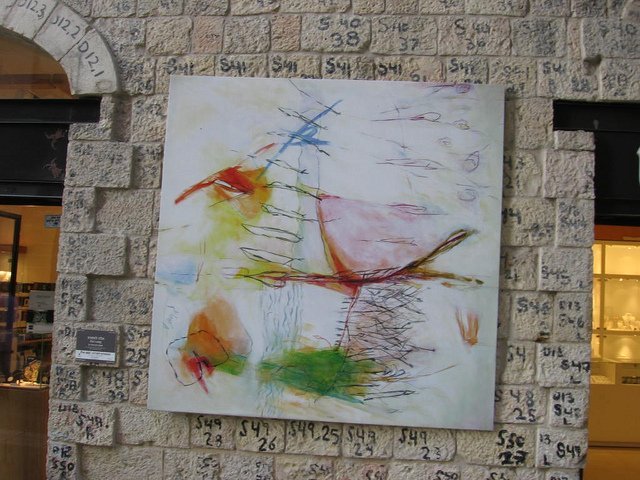 These stones represent the city’s efforts in preserving the historical significance of the area. Stones were labelled so they could be reassembled in their exact order prior to the renovation. Photo courtesy of Pablo Markin on Flickr.

Teddy Park is part of the Mitchell Parks and Gardens and sits directly outside of the Old City Walls. The Splash Fountain stands out as the key aspect of Teddy Park, as it has jets of water that fly skyward in unison every 30 seconds. The park gets its name from Teddy Kollek, the former Jerusalem Mayor who ran the city from 1965-1993. 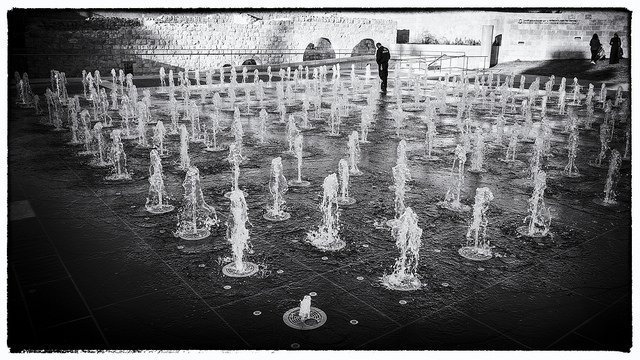 The Teddy Fountain is the main attraction of the Teddy Park that sits directly outside of the Old City Walls. Photo courtesy kitchener.lord on Flickr.

In addition to its rich history and extravagant mall, luxury apartment complexes also surround Mamilla, making it a hot spot for both foreign and domestic real estate investors. The David’s Village complex provides residents with well-designed buildings that represent the old-style of Jerusalem. The complex includes many high-class amenities such as 24-hour security service. 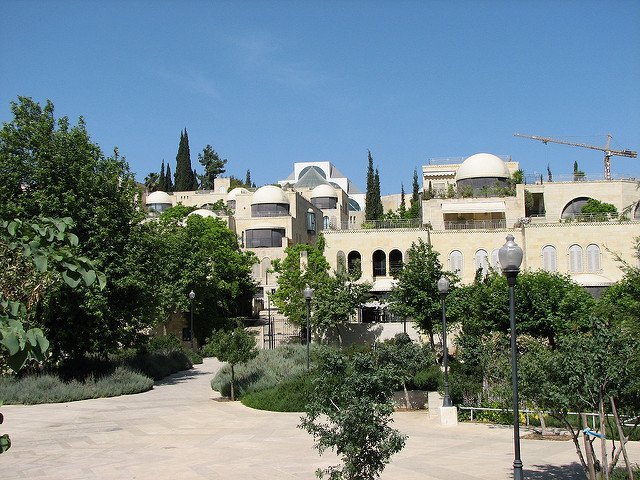 The King David Crown Complex adds another treasure to the trove that is Mamilla. This complex contains 6 8-story buildings that encircle a beautiful park.  All residents have underground access to private parking and to the new YMCA sports facility, and the complex features 24-hour security. 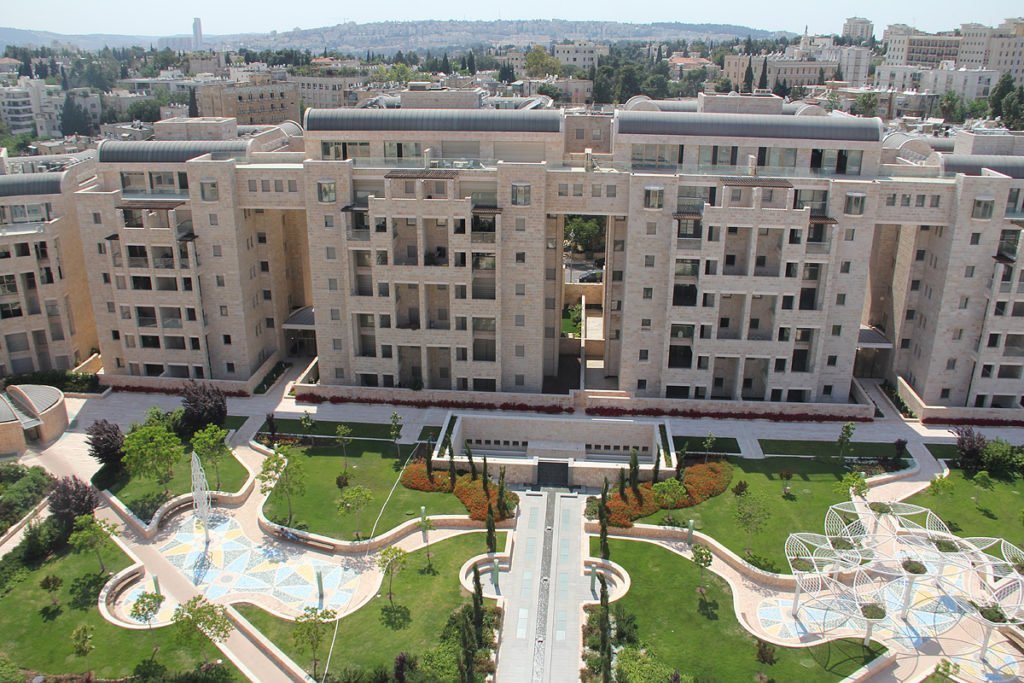 An aerial view of the King David Crown Complex. Photo courtesy of http://www.king-david-crown.com/.

One of the most recent additions to Mamilla’s ring of luxury is the Waldorf Astoria Residence. While the Waldorf Astoria Hotel carries more of a reputation, the residences are just as decadent.  These luxury apartments sit across the street from the hotel and across the street from the entrance to the Mamilla Mall. With a perfect location and the newest, most opulent design, these apartments reign supreme amongst the luxury properties in Jerusalem. 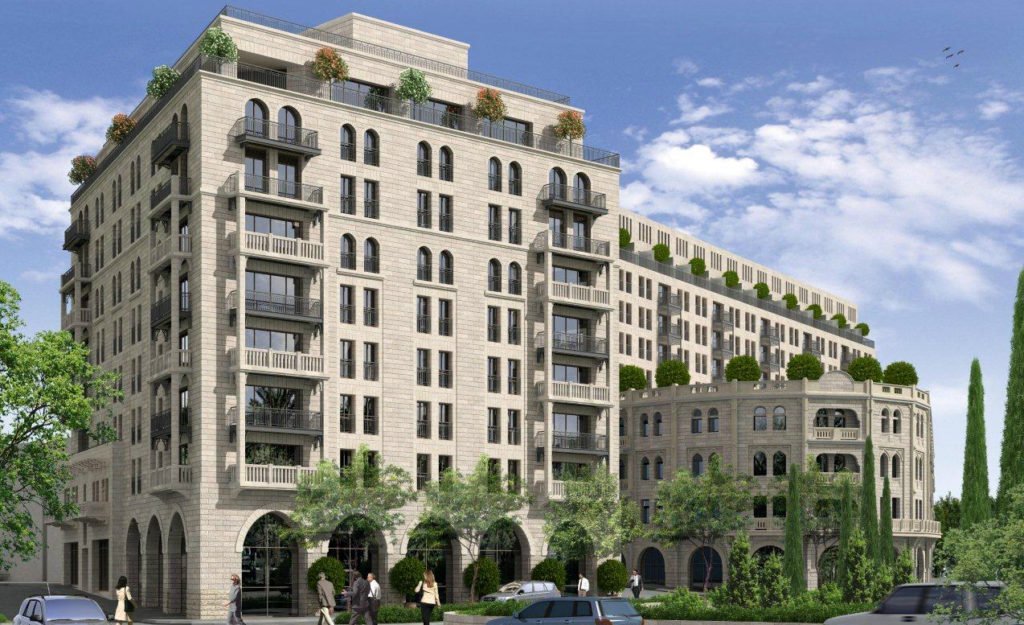