Jerusalem Real Estate for Sale in the Old City

The Old City of Jerusalem consists of four quarters: The Muslim Quarter, the Christian Quarter, the Armenian Quarter and the Jewish Quarter. Each quarter has its own unique atmosphere and connection to a holy site for each respective group.

The Muslim Quarter is the largest of the four quarters and holds the largest population with nearly 30,000 Muslims.  When walking through the quarter you will likely experience the Shouk, a Bazaar selling nearly everything you can imagine.  Walking through the Bazaar feels like you jumped into a time machine and exited into a medieval shopping mall. The Muslim Quarter also includes the Dome of the Rock and Al Aqsa Mosques which are the religious sites for Muslims. 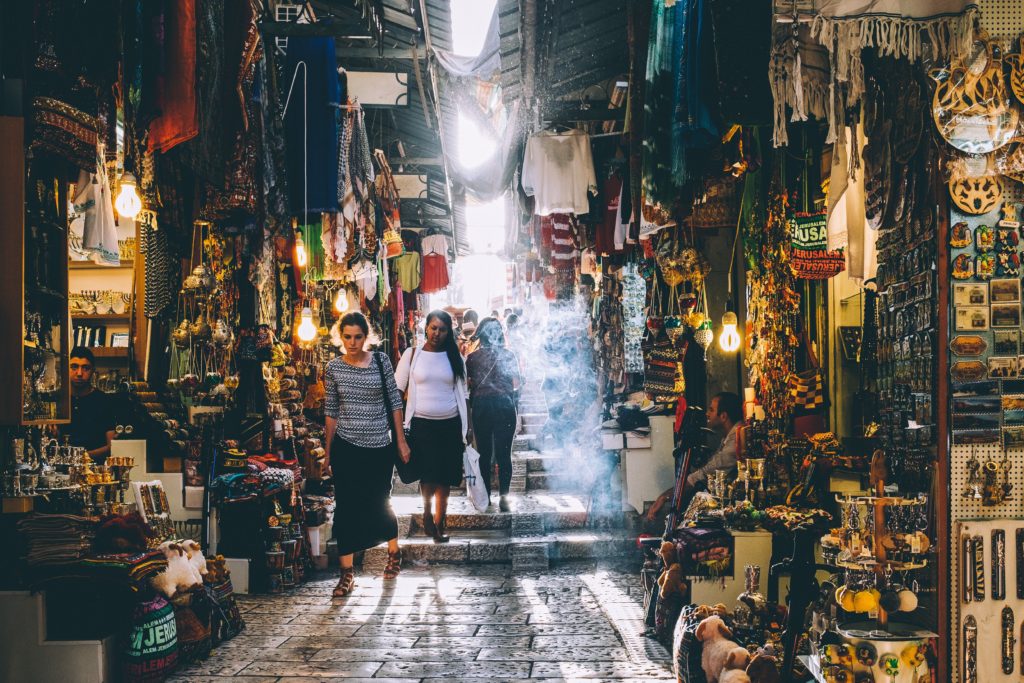 A photo of the Arab “Shouk” or bazaar in the Muslim quarter of the Old City. Photo by Dan Freeman on Unsplash.

The Christian Quarter sits in the northwest corner of the Old City and has the second largest population with nearly 6,000 residents.  The quarter includes Church of the Holy Sepulchre, the site where Jesus Christ was supposedly crucified and buried. The area attracts many tourists throughout the year, especially during the Christian holidays of Christmas and Easter.

A view from the outside of the Church of the Holy Sepulchre. Photo courtesy of Milan Tvrdy on Flickr.

The Armenian Quarter is the smallest of all the quarters and sits in the southwest corner of the Old City.  Although the Armenians in this quarter are Christian, their quarter is quite distinct from the Christian quarter.  You can find both a monastery and a seminary in the Armenian quarter, which managed to endure heavy fighting during the Independence and Six Day War.

Following the War of Independence, Jordan took control of the Old City and expelled all Jews from the quarter. The fighting destroyed most of the buildings and synagogues, so the quarter remained uninhabited until 1967. Israel won the Six Day War and took the Old City back from the Jordanians. The Israeli government then decided to resettle the quarter with Jewish families and Yeshiva students (a Yeshiva is an institute where Jews go to study Torah). Today there are nearly 3,000 Jews living in the Old City and around 1500 Yeshiva students.  The Jews are all religious, either Haredi (Hassidic) or Dati Leumi (national religious). Although the city remains divided, Jews also live in the Muslim and Christian quarters. 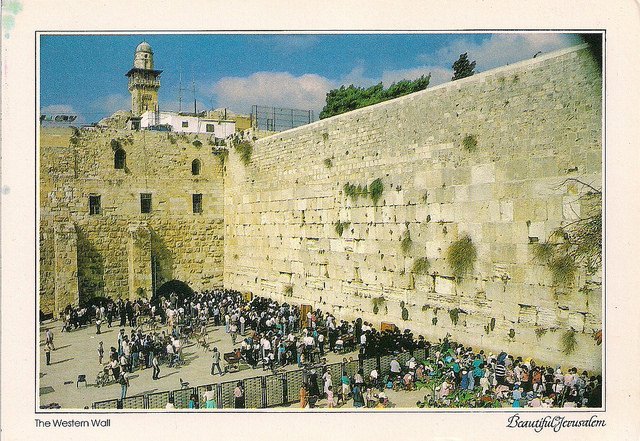 The Western Wall represents the last remaining remnants of the second temple. The wall is one of the holiest sites for the Jewish people. Photo courtesy of Gigi Black Postcards on Flickr.

Life In the Old City

The Old City consists of many narrow streets and small walkways.  All buildings, walls and sidewalks are made of Jerusalem stone reinforcing the historical feel of the city.  There is nearly no parking inside the Old City, so most residents resort to walking. Anyone who needs a large grocery store or specialized shop would have to look elsewhere. This can make things difficult in particular for older residents, as most buildings do not have elevators.

In addition to the tight spaces, the Old City sees a great deal of tourism throughout the year. This creates a lot of foot traffic and noise on a regular basis, which irks many residents.  Both the foot traffic and noise are at their highest during the different Muslim, Christian and Jewish holidays that attract even more tourists. Regardless, residents are still drawn to this special little area that provides a great deal of religious and historical significance for the three major monotheistic religions in the world.

Real Estate in the Old City

Jerusalem real estate for sale in the old city  is fairly rare, and the demand for property in the Old City is very high. When they do, owners can charge a premium, knowing that they hold rare and exclusive property. UNESCO also declared the Old City a historical site in 1980, limiting the option for more building within the walls.

Many of the homes in the Old City feature high, domed ceilings. While the stone and cool winds of Jerusalem keep temperatures moderate, the lack of heating in most homes can make things a bit cold in the winter. These homes are often small and modest without the large, luxury kitchens and terraces that can be found in the surrounding neighborhoods. Still, the proximity to the Western Wall drives residents to pay top dollar for homes in the Jewish Quarter.

There are currently a couple of exquisite properties in the Old City that recently hit the market. Feel free to contact us to hear more about them, as they probably won’t be on the market for long.