The Greek Colony in Jerusalem

History of the Greek Colony in Jerusalem

Founded in the early twentieth century, the Greek Colony made room for Greek Orthodox residents from the Old City. These residents could not find homes due to overcrowding in the Christian quarter. Wealthy Greek Orthodox families purchased the land, and the architect, Spyro Houri, built the first twenty homes of the quarter. Houri also built a large community center that still stands today.

In addition to the Greek Orthodox residents, Armenian Christians, British officials and British military officers populated the colony. Christians and British officials favored the nieghborhood, as it’s very close to the Old City and the city center. The neighborhood also changed during the 1920s and 1930s when Turkey began to expel Greek Orthodox citizens, who then immigrated to Israel. These Christians remained in the Greek Colony until the Israeli War of Independence.  Many residents fled due to the intense fighting, and  Moroccan and Yemenite immigrants moved into the colony

The Greek Colony’s Community Center, known to its patrons as “Lesky,” dates back to the early 20th century. Located at Joshua Bin Nun Street #8, the center caters to both Greek Orthodox Christians and Greek Jews.  Lesky provides Greeks with a meeting place where they can speak their native language and enjoy Greek music and food. The center currently features many activities such as Greek language courses, dance classes and lectures. 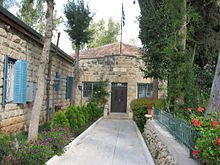 The Greek Community Center, also known as Lesky, still houses a number of activities for Jewish and Christian Greeks.

The Greek Colony in Jerusalem Today

After undergoing a period of gentrification, the Greek Colony became one of the most exclusive neighborhoods in Jerusalem.  It sits adjacent to the German Colony, with close proximity to Emek Refaim Street, Baka and the Old City.  The area can be characterized by large, red-tiled villas, some of which have been converted to boutique apartment buildings with luxury penthouses. The best example of such architecture can be seen with the Efklides Residence.  Historical organizations restored the one-floor, garden mansion in the late 20th century. 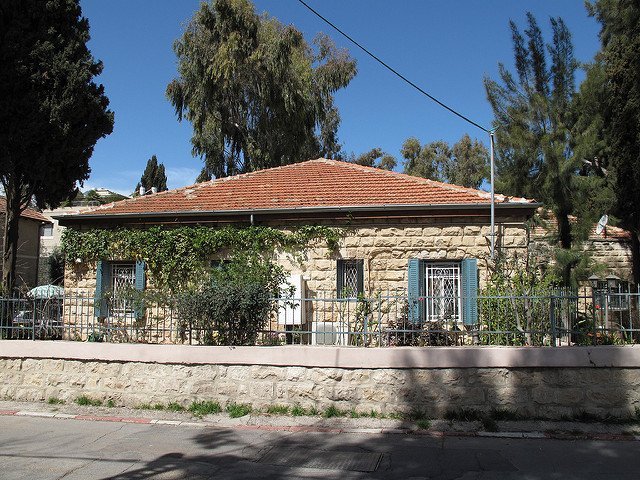 The Efklides Residence is a prime example of the classic architecture of the Greek Colony.