German Colony in Jerusalem – The Neighborhood

German Colony Jerusalem real estate is in an area often referred to by locals as ‘Hamoshava’, Hebrew for ‘the Colony’. The neighborhood has a rich history dating back to the late 19th century. Recently, the German Colony has become one of Jerusalem’s trendiest neighborhoods.

Christain Templars founded the German Colony in Jerusalem after founding similar neighborhoods in the Israeli cities of Haifa and Jaffa. Templars are Christians who broke off from the Protestant sect of Christianity. They settled in Israel to prepare for the second coming of Christ. Many Templars came from an agricultural background, turning the German Colony into a farming suburb of Jerusalem.

The new Christian residents built their homes in the style of German farmhouses while also incorporating native building materials. Instead of building homes with a foundation of brick and wood the Templars used Jerusalem Stone. Remnants of the Templar homes still exist in the German Colony today, giving the neighborhood it’s own unique architectural style.

The Templars remained in the Moshava until World War II. The British Government deported the Templars to Germany due to their support for Hitler and the Third Reich. The British then controlled Jerusalem during the war and expelled any German supporters from the Mandate. Affluent Christian-Arabs flocked to the area following the expulsion of the Germans. These Arabs added their own architectural style to the area with beautiful, Arab-Style homes.  Although their architechtural influence can still be seen today in the, the Arab-Christians didn’t stay long. Many of them fled during intense fighting during the 1948 War of Independence.

The German Colony in Jerusalem Today

The government declared the German Colony in Jerusalem a historical site in 1975, spearheading an effort to maintain the historical buildings in the area.  This declaration lead to a period of gentrification, with the restoration of historical buildings and the use of classic architectural trends in new construction. Many new buildings feature tiled roofs and arched windows similar to the historic, 19th century homes of the neighborhood. The gentrification has also attracted many wealthy individuals and families to the area, increasing property values. Many of these more affluent residents are English and French immigrants. 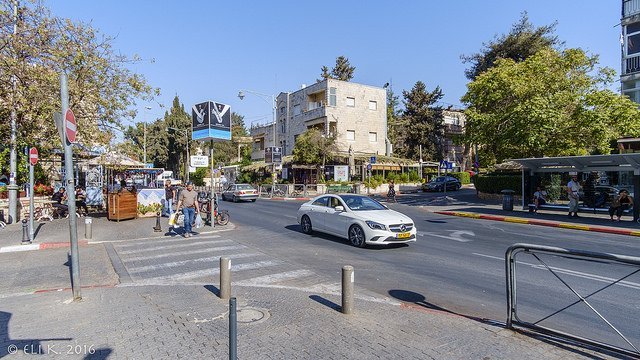 The famous Emek Refaim Street sits in the middle of the German Colony and attracts residents from the entire city who want to visit the street’s many restaurants, cafes and boutiques. Photo courtesy of kitchener.lord on Flickr.

The famous Emek Refaim street (pictured above) is another one of the German Colony’s main attractions. The busy street contains a number of high-end boutiques and restaurants.  The abundance of boutiques leads many to consider the German colony the trendiest and most fashionable neighborhood in all of Jerusalem. The street attracts residents from all of the surrounding neighborhoods and represents a cultural and commercial hub.

Cremieux Street is a small street connected to Emek Refaim Street.  This narrow, cobblestone street features red-tiled roofs and low stone walls that are covered with vines. You can find a number of large, Arab-style homes on this street making it one of the most exclusive streets in all of Jerusalem. Former Prime Minister Ehud Olmert even purchased a home on Cremieux Street.

The museum sits inside the Villa Decan, a historic structure from the 19th century.  Visitors can enjoy a number of nature-related exhibits in the museum that showcases everything from dinosaurs to modern-day bird migrations.  The museum caters to both children and adults.  Many of the exhibits entertain children, and the museum hosts a summer camp. While the children play adults can enjoy a series of films and lectures.

The Templars who first settled in the German Colony built the cemetery as a burial ground for community members and leaders. Today the cemetery sits behind tall, concrete walls and contains about 150 graves. The cemetery also includes a memorial to 550 Templars from the various German colonies around Israel who fought in both World Wars. 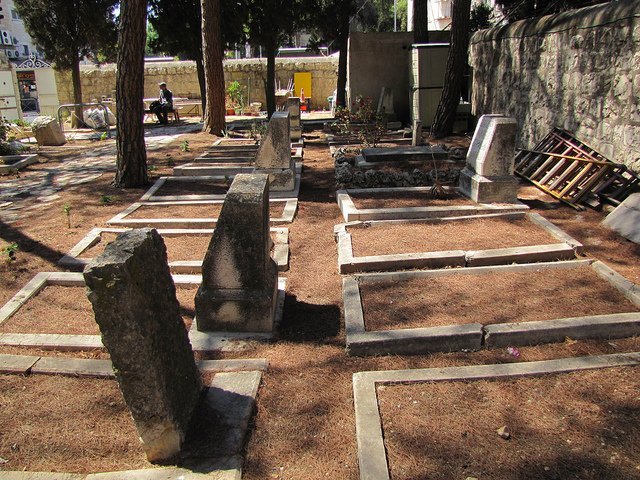 The Templar cemetery stands as a reminder of the German Christians who founded the German Colony. Photo courtesy of Rahel Jaskow on Flickr.

In 1872 Matthaus Frank purchased a sizable plot of land from Arabs in Beit Safafa. This plot of land would become the German Colony in Jerusalem.  Frank sold most of the land to the German Templars, but he kept 5 dunam (1.25 acres) for himself. He built a large and majestic home, a steam-driven flour mill and a bakery.  Locals from the time described the property as a castle that featured fruit trees and stables.  Tourists can visit the house, as it sits on Emek Refaim #6. 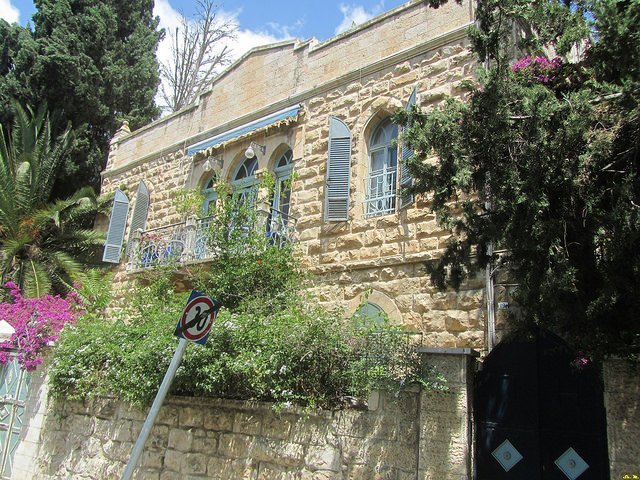 The Frank House was the first structure completed in the German Colony. The home belonged the original buyer of the German Colony’s land, Matthaus Frank. Photo courtesy of Shalva Mamistvalov on Flickr.

Real Estate in the German Colony

I previously mentioned that the German Colony in Jerusalem has become a very sought-after area, increasing property values.  In addition to its upscale atmosphere, the German Colony also sits in close proximity to the Old City. The area is family friendly as it contains two high schools, a grammar school and a number of preschools. Schools cater to religious and non-religious children, resulting in a diverse Jewish population.

German Colony Jerusalem real estate features properties of all types, with large Templar and Arab-Style homes, garden apartments, and luxury penthouses.  Although expensive, this neighborhood contains one of the more unique atmospheres in all of Jerusalem. The Moshava is perfect for those in search of a unique and historic neighborhood with a lively commercial center.