The Jerusalem neighborhood of Arnona is a continuously growing neighborhood which lies in the south of Jerusalem. There are two parts, an older section and a newer one. The area started as Zionist settlement established in 1931 as its own village which played a major role in numerous Israeli battles for independence. Later, with the growth of Jerusalem, suburbs such as Arnona were added as neighborhoods of the city. In the 1990s people began to revive the area as interest grew in restoring and raising the general value and appeal of the city. Today the old section retains its historic charm and low building infrastructure while steadily being upgraded.

Construction on the newer section began in the nineties as well and contains high-rise buildings, large shopping centers, and office buildings.

The majority of the neighborhood residents are secular Jews and religious Zionists, many of whom hail from European nations. 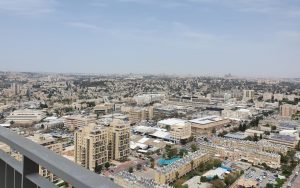 Arnona is often described as being green and well cared for, a nod to its upscale atmosphere. It is mainly residential and contains many parks and playgrounds. There is also a dog park and a few hiking trails, and amazingly, a ski resort for recreation.

The area is well equipped to serve the local community’s needs. There are several local schools and preschools as well as grocery stores, pharmacies, restaurants, and a bank. Aside for all of that there are a few prestigious corporate offices with dental, law, and medical offices as well as other service agencies, making the area ideal for professionals who wish to work close to home. 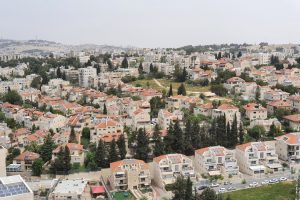 Due to the advancements that Arnona is making, prices and market values in the area are gradually rising. A home in the older area, which is especially coveted by college students, sells for roughly $8,000 to $9,000 per square meter. These apartments tend to be smaller and have fewer amenities attached.

The homes in newer buildings are a bit pricier. They start at around $10,000 to $11,000 per square meter. These buildings are typically much larger and have many extra perks including elevators, porches, beautiful views, and parking lots. They are also generally located nearby other conveniences such as the main road of Hebron Way, stores, and office complexes.

Looking For a Home in Arnona

I understand that looking for a home can be daunting. Therefore Jerusalem Real Estate will give you all the help you need to find the best home in the best neighborhood for you. If you think that Arnona might be the place for you, give me a call or send me an email and I would love to speak with you.